… was to drive out of Delhi, spend a large amount of money on the stay and show the kids something of the country they live in. But a late Thursday night did us in and we were really not up to more driving and sleeping in strange beds. So I spent Rs 199 and bought us a reprieve in the form of a finger painting kit and the kids a half day of sheer joy. 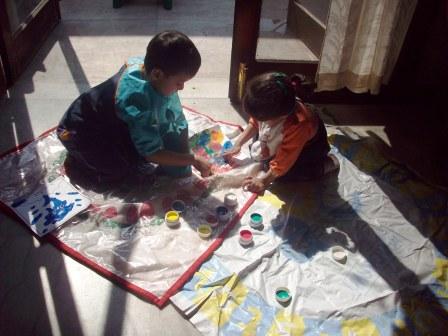 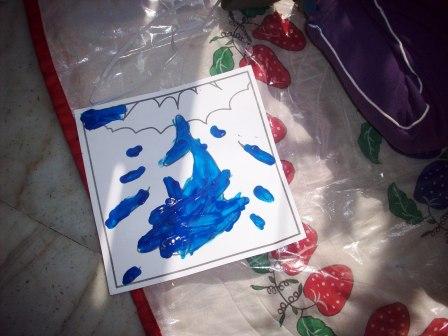 Half way through I got so caught up in the fun that I picked out stones and pebbles lying in my garden and tried my hand at painting some rocks. One is supposed to be a tortoise and the other, a frog.  If you want to laugh at my distinct lack of talent go do it behind my back! 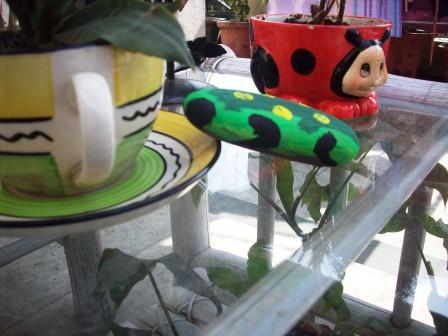 These two err… works of art *koff koff* are by my children. I’ve displayed them in my living room and am hoping they don’t drop it on their toes when they enthusiastically rush to show it to encouraging visitors.

This is was the Brat’s cereal bowl. The maid chipped it while washing so I filched it to use as a planter. As expected, he threw a tiny tantrum but has not just forgiven me but now forgotten and moved on. He really is his father’s son! 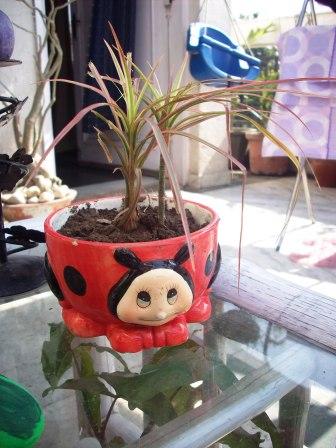 Saturday was spent at the zoo. With Dipta and family. As well as BEV and her family. It was a lovely day and weather gods smiled upon us. The kids had a blast except at the end when they had a near meltdown out of sheer exhaustion. Here I present two new monkeys up in the trees at the zoo.

A rhino fascinates the Brat

All the kids watch a bear in awe

The Bean is spoilt by her beloved Deetto.… as he carries her around and shows her all the birds. 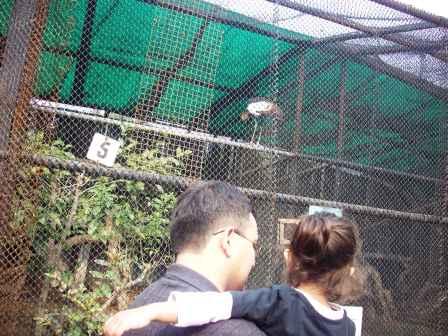 And finally on Sunday we visited the Dastkari Nature Bazaar.  The OA was a little worried as were a lot of shop keepers because I let the kids touch a lot of their breakable ware. But I think its time we let them learn to touch stuff that doesn’t belong to them, even if it’s breakable, especially if its breakable and show them how to be gentle with it instead of keeping the blanket ban. I assured the shopkeepers that any damages would be borne by me and they looked at me as though I was nuts. I should have pointed out that I am a mad momma, after all!

So heart in mouth, breath held, we began … and to my surprise they were both rather good. The Bean has my motor skills which is not a good thing and needs a stricter eye. The Brat, like his father has excellent motor skills and is gentle even without being asked to. They handled Jaipur blue pottery, Andretta pottery, and all sorts of other stuff. Eventually they grew a little restless and rough which is when the OA and I pulled them out of there. All in all, a very packed weekend.

As I’ve whined before, the Delhi winter is coming to an end and I haven’t even done half of what I wanted to with the kids. I love this city and in my enthusiasm to share it with them I end up exhausted, over-extended and half dead most weekends and theres still so much more to go. The Mughal Gardens have opened up and before you know it they’ll have shut for the year too. I think the sense of being overwhelmed stems from the feeling of introducing my two loves to each other – my babies and my Delhi. Muaah.

I click a few sights to store away in my memory and on my blog. It’s the last few days of feeding geese and ducks at Lodhi Gardens. 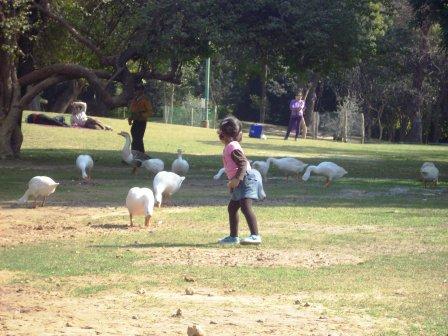 The Brat and Joy play rugby (!!) on lawns that bear witness to thousands of baby feet…

… and the Bean for some reason tackles her father  – I guess it seemed like a better option than the scrimmage on the right. 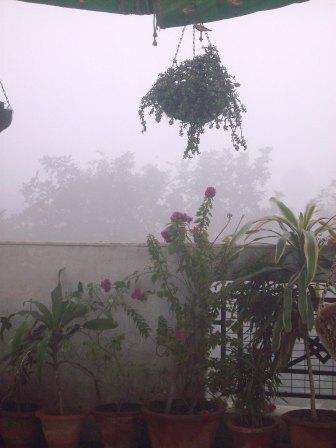 … and farewell to the last few days of fighting for space in sunlit paths. Draped with ease across bits of  furniture and struggling to form alphabets… 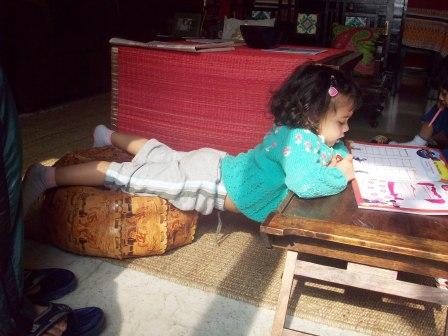 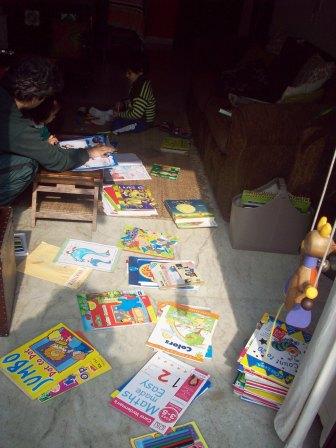 Or a quiet sibling moment where you collude and run away with mamma’s phone to hide in the pappassan and play games. 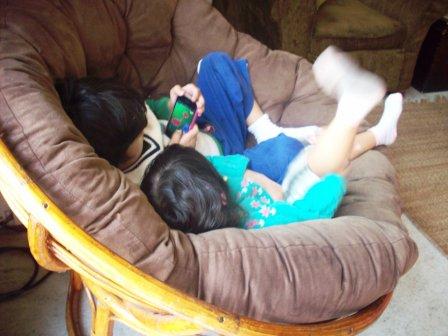 The X’mas tree comes down and is carefully packed away for the year. No baby hands fighting for the angel at the top. 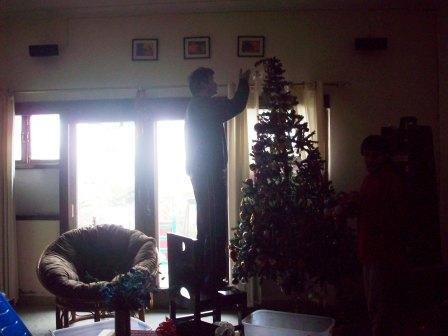 Sunday afternoons no longer be spent in the park, learning to play war games. 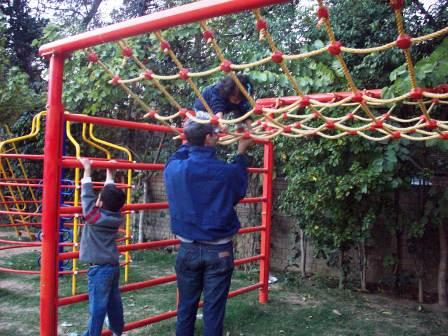 And the Rose Garden that is an every evening option, slowly grows too warm for afternoon frisbee.

For dancing in the sunlight…

For chasing frisbees and discovering worms…

It’s time to put out the tasla of coal and sambrani (frankinsense) lit every evening after a hot oil massage and bath, filling the room with that lovely wintery smell. As the embers glow gently before finally going out, I say a little prayer, thanking the Almighty for a wonderful season. Until next winter then…

Brat: Hey, look at that! The Bean asleep among the quilts being sunned.

Hmm… no, kissing her doesn’t seem to wake her.

And ugh. Now mamma’s caught me kissing my baby sister and she wants a kiss too.

Ah. Pops has an idea. He’s set up the tent so that I can play around my sister and soak up some sun. He has some vague theory about Vitamin D.

And it would all be perfect if it weren’t for the darn drawstring coming out of these pants.

I also blog at

People are heading out to visit

Visiting the madhouse are…

Don’t even think about it

This work is licensed under a Creative Commons Attribution-Noncommercial-No Derivative Works 3.0 License.